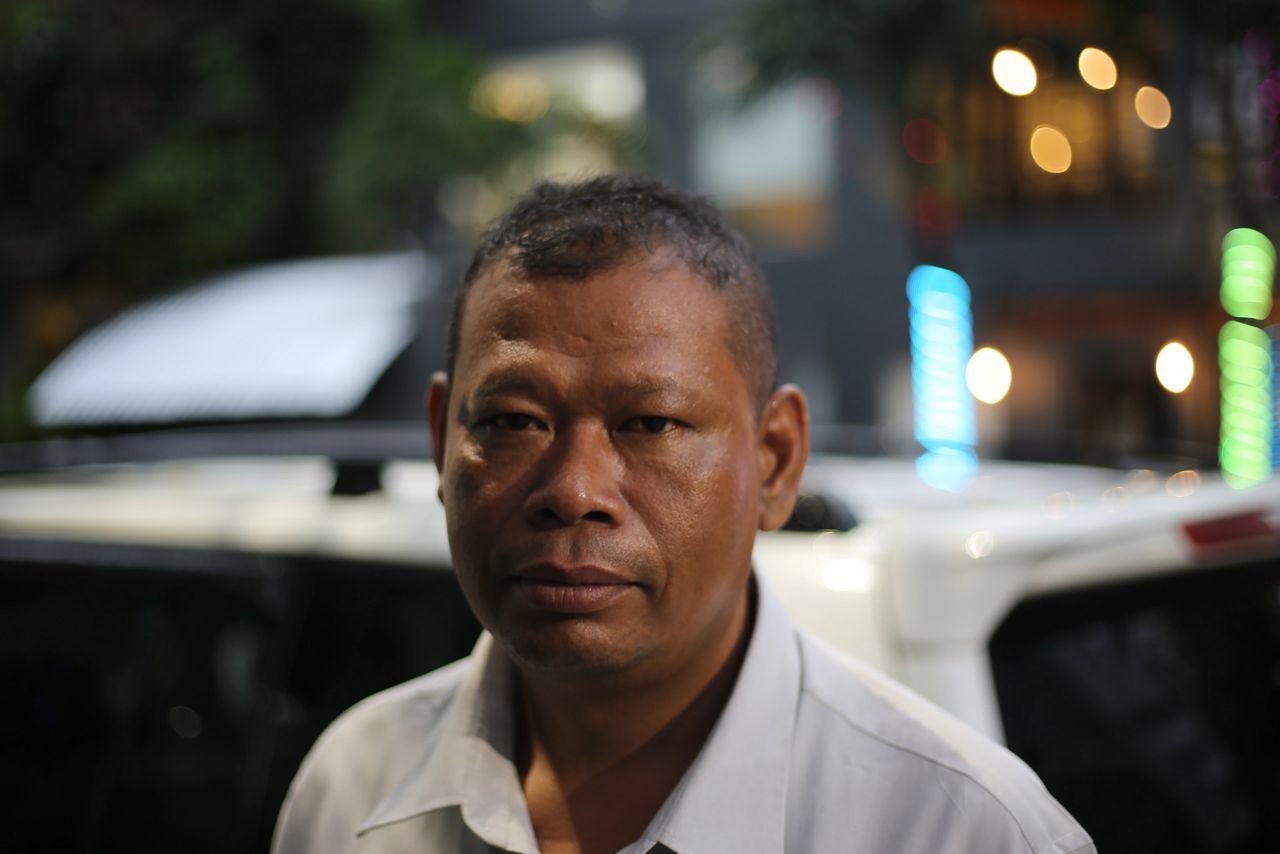 After graduating the high school, I worked as a policeman, from 1993 till 1999 because I lived with my uncle and he was a policeman. He invited me working with him. But the salary itself was only $7 per month.

I didn’t have enough money and I was single at that moment. After going back to Kampong Cham, I got married, I couldn’t live with her so long though. Because, I was working sometimes in Kampong Cham for farming, sometimes in Phnom Penh for doing various other things at the moment. I wanted to live in Phnom Penh, but the wife at that time didn’t want to move to Phnom Penh. We divorced in 2005, though we’ve got two kids. Actually, I studied and had a lot of friends in Phnom Penh so, I couldn’t get along with the people in province.

I started working at a company from 2000 as a car engineer and a driver in Phnom Penh. My salary got higher than before, but it was $130 per month with no holidays. I had a hard time at that company. I moved to the other company owned by my sister in 2007, and changed a company again in 2009. I earned more money than before met a lot of customers from other countries, and got married for my second time. I think it is easier for me to get and change a job in Phnom Penh than in Kampong Cham.

Finally, I stopped working in a company and started my own business in 2016. It’s my own private taxi company. I am so proud of it. Now, I have 3 little boys. They are learning English and Khmer. I think English is a great tool for them to communicate with the people from other country. I don’t want them to be a man like me, though I had a lot of good customers. I really hope they would get a good education and get more opportunity in their lives. Good education leads them to a better life, not a driver’s life.