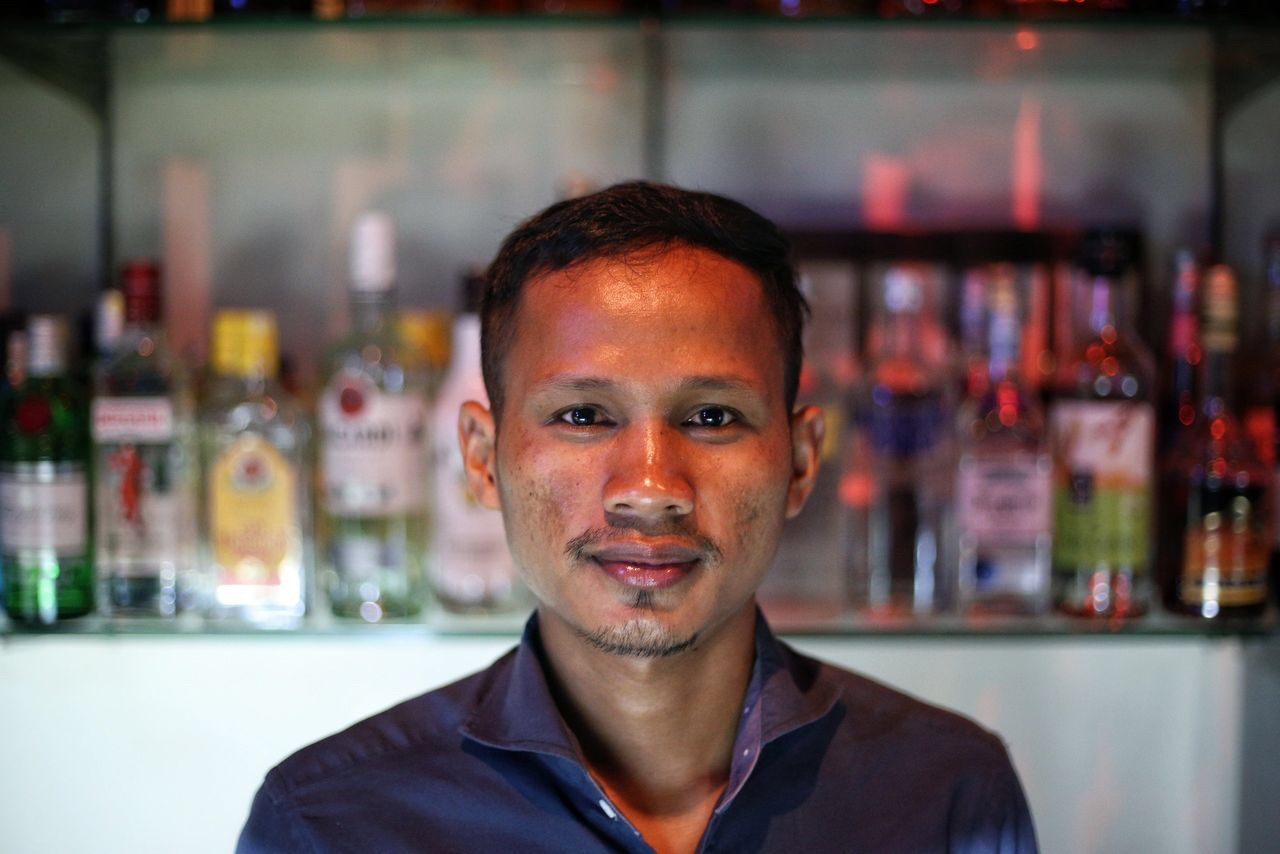 I’ve grown up in Siem Reap Province. After graduating from high school, I moved to Bavet, near the border of Vietnam, and worked in a big casino for almost 4 years.

I was working everyday, because casino was opening 24/7. There was only 1 day off and $80 per 1 month. At the very beginning, I worked as just one of a lot of staffs, and cleaned tons of bottles there. But it was interesting for me, because I could learn all the names of alcohol while working. 3 months later, I memorize every name of them and where to put in a bar of the huge casino. It helps me to be a bar super visor and 1 year later, I became a bar manager.

After 24/7 tons of work, I got so stressed out, so I moved to Phnom Penh and got a job at a Khmer Restaurant. I served foods, and beverages, but quitted that job because there were some troubles with the other staffs. I didn’t want to fight with anyone. I decided to go back to Bavet.

I got a job at a club with a Japanese owner. He let me do everything. From bar design to the sound system, I gave a lot of ideas for him and he was happy about it. He even assigned me as a bar manager. But after another Cambodian general manager came, I had a lot of troubles with him. I tried to fix that, but anything can’t be done with it. Finally, he tried to fire me, and I accepted it, because I didn’t want to…

One of the lady who worked in that club together invited me to Phnom Penh. I’ve been working since then till now. It’s almost 4 years so far. Actually, I have double job now. One is making a Cambodian accessaries from the old weapons, and the other is… how to say… general marketing stuffs. Checking the prices of some materials in a market, and analyzing the differences of them between the places.

Now, I can speak in English after communicating with a lot of foreigners and getting salary more than before. I’m so happy with it, but at the same time, I’m getting so busy that I can’t have enough time. Through my experience so far with learning bar stuff, foods, beverages, prices, designs, marketing, and of course a lot about people, I really want to have my own job… what I really want to do is creating my own “Khmer restaurant”!