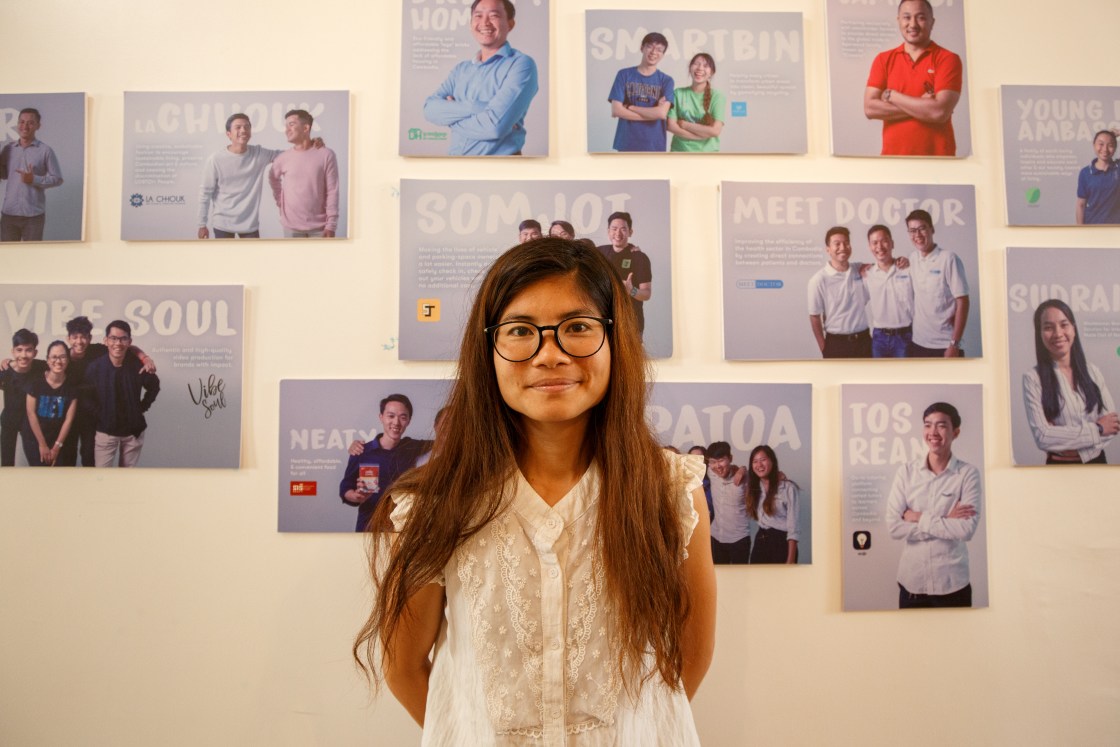 I’m from Pursat Province, but I was growing up in different places. Sometimes in Battambang with my grandparents, sometimes in Pursat with my parents, and sometimes in Pailin with my cousins until I was 12. When I was 15, my parents started arranging my marriage with a guy 9 years older than me. I decided to get away from my village one day before the engagement. I escaped with moto to my aunt’s house. I lived with my aunt for 6 months and finally went back to my parents’ home without getting married with the guy.

I could start going to school again. One NGO came to our school with football. They taught us how to play football. And they scouted me to the team joining the tournament in South Africa not because of my skill but because of my background. I met a lot of friends from 32 different countries during the tournament. It was my first time to go abroad. It was so much fun for me and inspired me a lot to keep fighting and studying English. And the NGO believed in me, they gave me an opportunity to go to US for studying.

I went to Seattle for studying and everything was perfect for me, but I was overwhelmed. I went back to Cambodia for summer break and never going back to US. I joined the summer school for facilitating young kids at the same NGO. I met with one friend there, and I was introduced DMC at RUPP. I went to open house of DMC, fell in love with DMC. I tried the test and passed. I got full scholarship and learned a lot about history, journalism, documenting, storytelling at DMC for four years.

After graduation, I worked at Impact HUB for a year, and met tons of inspiring entrepreneurs with amazing stories. Now I’m taking a break and planning to collect women’s stories around Cambodia. What I, as a woman who grew up in a rural area really want to tell is “How each woman has its own potential, and ability and the power to be whatever they want to be.” I want to show young children that there’s so many incredible Cambodian women who’ve been through a lot in their life and to strive to be the glory to be successful, and to be where they want to be. I want to encourage, Cambodian women, to believe in themselves and their ability that if they want to thrive, they have everything, they need to strive for it in themselves.